The U.S. Department of Labor has unveiled a new rule for brokers of IRA transfers via Labor Secretary Tom Perez. The new law would require retirement account advisers to act in the “best interest” of their clients, and was introduced after multiple lawsuits were brought against retirement account custodians in recent months.

The lawsuits that prompted the new law’s proposal involved investors who claimed to have been steered into high-fee investments by their respectable brokers. Secretary Perez said this week that investors needed someone to protect them from brokers who may be more interested in lining their own pockets than protecting and growing investors’ portfolios. “The corrosive power of fine print and buried fees can eat away like a chronic disease at peoples’ savings,” said Perez.

A System of Kickbacks and Misconduct in Retirement Advice Practices

The Labor Department claims that, for the past five years, it has been working on a way to hold IRA brokers accountable. However, the proposed rule changes only gained steam after a slew of lawsuits were filed during the last 12 months.

Some believe that making too many changes in a short amount of time could cause retirement account providers to stop offering retirement accounts. “Instead of using a scalpel to make surgical changes to the rules,” said U.S. Chamber of Commerce managing director Alice Joe, “they brought out the snowplow.”

Not only has widespread behavior of kickbacks and ill-suited advice been found by the Labor department but a new study by professors at the University of Chicago found that one in 14 retirement advisors have been disciplined for misconduct. Disciplinary measures by regulators ranged from recommending funds with high fees to trading on client accounts without permission.

While the average misconduct rate of 7% across all advisors may not sound too pervasive, the study found up to one in five retirement planners at some firms had been found guilty of misconduct. Advisors at some very high-profile firms like Oppenheimer and Wells Fargo have a very high rate of misconduct and more than 12,000 advisors at UBS Financial Services have been disciplined. 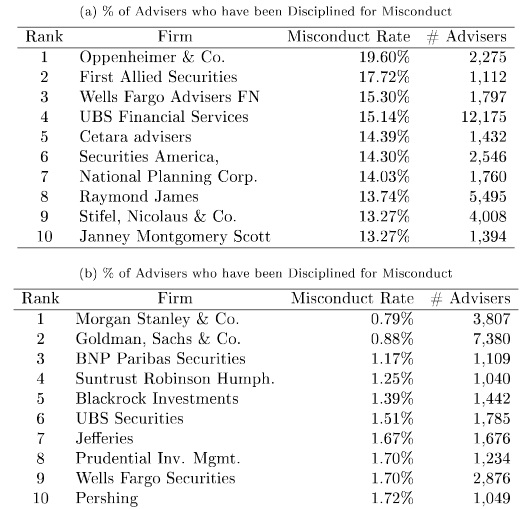 There doesn’t seem to be a solution within the financial advisor community. Almost half (44%) of retirement advisors that are disciplined and leave their employer are hired by another firm within a year. The study found that advisors disciplined for misconduct were up to five times more likely to the disciplined again for an offense.

Many financial advisors and IRA transfer brokers are coming down against the proposed rules. Financial spokesperson Dave Ramsey has come out against the rules on his radio show and websites, saying that it would limit the ability of some investors to get help. Those advisors and brokers backing the new planning rules point out that many advisors, including those partnered with Dave Ramsey, benefit from the very kickbacks and high commissions that the proposed rules would limit.

What do the Proposed Financial Advisor Fiduciary Rules Mean to You?

Some investors have decided to take matters into their own hands by swapping their traditional investments (stocks, bonds and mutual funds) for IRA investments that are more self-sustaining. “Many investors have chosen to use their retirement savings to start their own businesses, or buy real estate or precious metals, because such investments typically involve less broker interaction,” said Janguard spokesman John Bidwell. 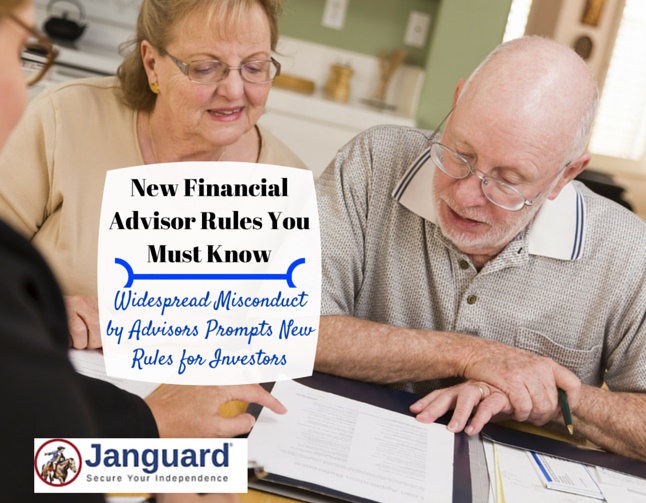 Taking control of your own investments, especially if you think your advisor may be taking advantage of you with high commissions and kickbacks, means understanding the 401K rollover process and transferring your investments into an individual retirement account.

New laws would hold retirement account brokers to a higher fiduciary standard instead of permitting them to recommend any investment that is deemed “suitable,” as current laws allow. Critics of current laws say brokers often recommend investments that use high up-front fees and other added fees to bilk investors of billions of dollars annually. New laws proposed are a concession to such critics, as they call for brokers to enter into “best interest” contracts with investors.

If you’re concerned about how new IRA transfer laws could affect you, or if you’d like to escape the prison of broker-headed retirement accounts altogether, give your non-commissioned Janguard adviser a call today. If we can’t help you find an investment vehicle that is in your best interests, then we will direct you to another IRA transfer adviser. Call Janguard today at 800.571.6341 or click below for your free IRA transfer guide.